This is my first published iOS App which is able to control your remote devices connected to Industruino (version of Arduino) over internet (using MQTT protocol).

The app is available only for several countries only though via Apple App Store: 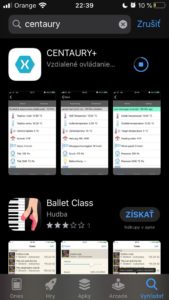 The project is done using Xamarin C# and MVVM architecture. The App has a dynamic UI which customizes itself dynamically based on predefined JSON file. App and Arduino communicates over MQTT protocol. We have tested with several MQTT server as broker like mosquitto, vernemq, cloudmqtt, hivemq etc. You can choose a server of your choice that follows MQTT should work the same.

The sensors and actuators configurations are read from a hosted configuration file that is in easily customizable JSON format.

The app creates the user interface Tab, Sensors and Controllers dynamically by reading the configuration file. The controller values can be adjusted from the UI dialogue box.

There were many bugs and issues to solve in the App which kept me busy for the last couple of months but well finally it’s published. A good ending of 2019 )