Recently I have collaborated in an Android Game development with few of my friends which was named Trump vs Chicken.

It was in javascript based on Phaser.js framework. Later we’ve used cocoon.io to port it to Android platform. Initially we’ve tested with cordova but it was sluggish. Maybe cordova is better for App development rather than Games.

We had a lot of fun as it was quite interesting and funny 🙂 As we were mostly into the coding, real challenge was to do the graphics part since we don’t do that well. The whole development process could be described. Let me know if you are interested in comments! 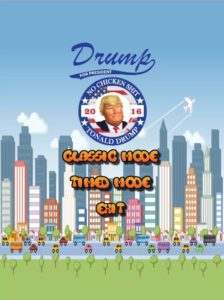